CREATING A PREPAREDNESS CULTURE IN AMERICA 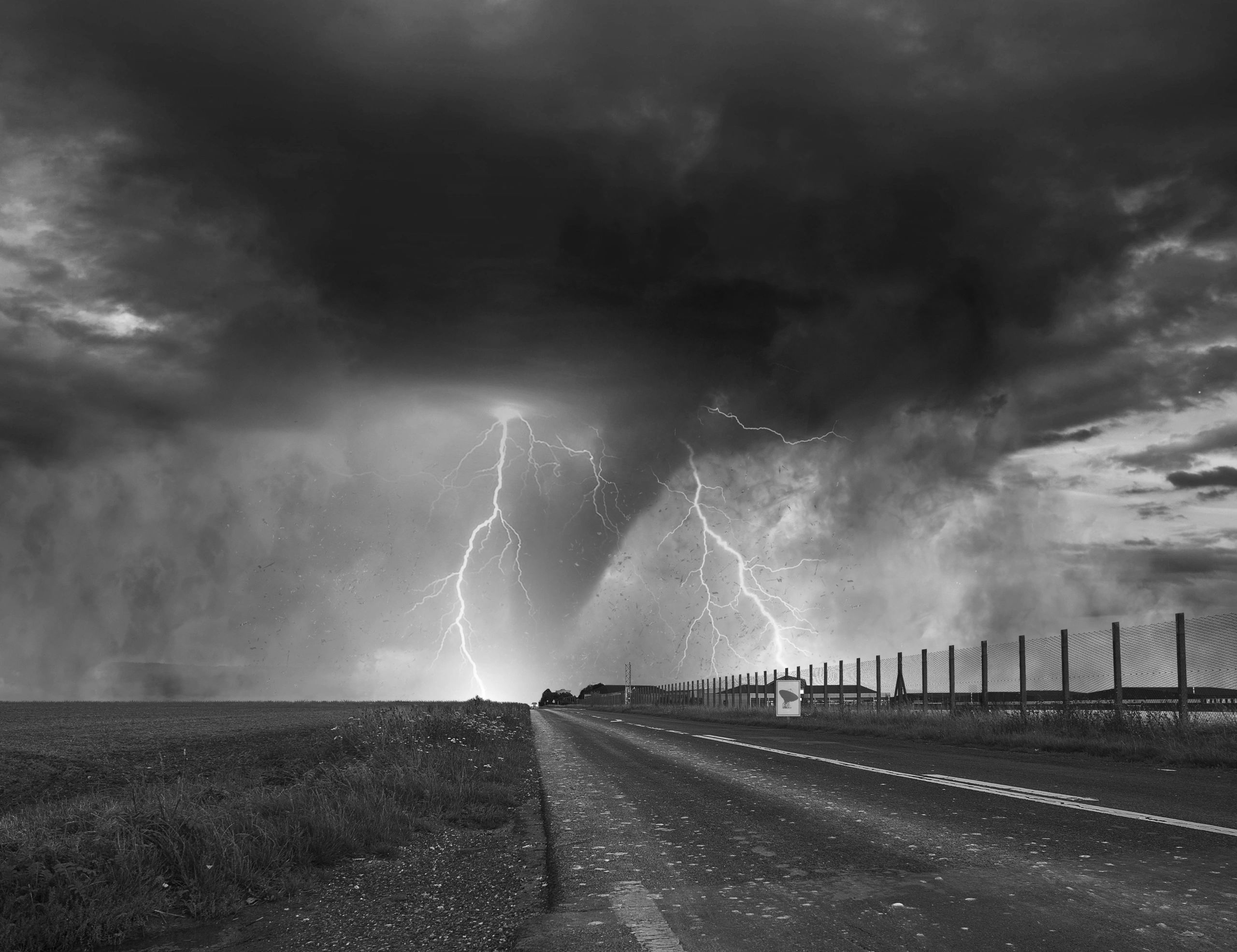 Everyone Is A First Responder!

The most important questions regarding individual resiliency and preparedness begins with how do we break through? How do we create preparedness messaging that resonates? How do we get people to engage and actually care about readiness, to act, to change their behaviors?

A Preparedness Culture and What It Takes to Build It?

Awareness – Augmented Reality vignettes are enhanced preparedness learning experiences. AR experience's in the near future (get the app and get a coupon)  become a common platform for story telling, stories that could be found on a pizza boxes, soda cans, or on a place-mat at at your favorite restaurant. These preexisting  marketing foot-prints represents a chance to tell compelling stories about preparedness. Accompanied by compelling visuals for children and adults, these AR messages expand the collaborative abilities between agency stakeholders, citizenry and business heroes.

App Concepts - The multifaceted preparedness app possesses interactive and engaging concepts for all ages. We begin by introducing the basic four steps to achieve preparedness, Make-A-Plan, Get-A-Kit, Stay-Informed and Get-The-App. We spoon feed preparedness information to our citizenry; whereby a family would receiving a push notification would fill in the blank of a edutainment (animated) learning exercise. Finding the key words, family members interact with the information and the business heroes who sponsored the preparedness message. The constant is to  keep our preparedness pals coming back for more creative AR experiences.

Educational – Resiliency occurs when preparedness messaging is experienced at a relevant and personal level; when the process of obtaining the information is derived from captivating experiences. Introducing citizenry to AR audio-visual edutainment filled with interactive and celebrity driven preparedness messages genuinely stimulates the audience with a desire for “MORE.”

AR Technology or Augmented Reality for visual communications is the vanguard to our Mission Critical programs. The AR app experience is the “wow factor” affording imagery that illuminate’s preparedness messaging. Symbolic imagery captures a broad spectrum of potential for market share. AR messaging enhancement assures successful branding campaigns for business heroes, actionable concepts for our  preparedness pals, as well as edutainment programs that strengthen community resiliency. “Get the App” makes it all happen.

FirstLine creates membership by focusing at the local level, through the strengths of a Preparedness Messaging System. Disaster awareness comprises the needs of the “WHOLE COMMUNITY”. Ultimately our mission is to create business hero footprints proclaiming the FirstLine initiative, as the new and ultimate standard for the much-needed preparedness messaging model designed to facilitate unique participatory functions surrounded by engaging processes resonating our theme, “A Culture of Preparedness.”

The true measuring-stick for readiness predictability is a result of the interactive and engaging projects supported by business-heroes and the whole community.

The Missing Link for a Preparedness Culture; The App

Awareness–Augmented Reality vignettes enhance preparedness learning experiences. The AR preparedness messaging system is a first-of-its-kind that expands the collaborative abilities between agency stakeholders, citizenry and business heroes through adaptive context designed for user interaction and participatory functions cultivating awareness. It has been said "Content Is King" and the case of preparedness messaging it is only second to creativity, compelling people to want more!

Are you ready for some fun! Lead a Prep Rally. Utilize a turnkey emergency preparedness program full of AR experiences for children. Celebrities driving (example above, The Rock) concepts like Make -A-Plan, Get-A-Kit, and Stay-Informed using engaging games and activities bring concepts to life. Best of all, the AR app curriculum is flexible, meaning you can choose the content and activities that best meet the needs of your family and community.

Communications – Changing a “Retractive” and ill-prepared society into a “Interactive” and well-prepared society! The app initiative is a preparedness messaging tool assisting survivors before, during and after a disastrous event. The App utilizes the AR platforms demonstrating intuitive technologies for story-telling that engages citizenry through the AR experiences. AR technology crafts compelling visualizations regarding, “Make a Plan, Get a Kit, Stay Informed and Get the App.

Domino’s Pizza (Foot-Printing) – Printing an Augmented Reality Label on each Domino’s pizza box (as an example) is a powerful “Number” of interactive message’s illustrating a variety of video and graphic based AR experiences illuminating preparedness messaging concepts. These AR experiences demonstrate the wow factor needed to build the footprint that ensures with every pizza delivered (1.5 million pizza boxes a day) is yet another opportunity to communicate preparedness practices to Domino’s pizza lovers.

Reasons Why We Need A Common Denominator For Preparedness

The Human Race cannot escape the cycle of season's, Weather, Social Unrest, Financial Hardships, and Diseases that have names like Covid-19

Everyone Is A First Responder and Preparedness is an Individual Responsibility!

Former FEMA Administrator Brock Long advocates for a “Culture of Preparedness” in America. ...


FirstLine TaskForce over the past decade has endeavored to produce a platform capable of sculpting a Preparedness Culture instituting a balanced attitude between American Citizenry and disaster. In particular, FirstLine is consistent with ongoing efforts to reduce disaster risks globally through app technologies conveying a first of its kind preparedness messaging system.

The key to achieving societal resilience begins with,

Make A Plan, Get A Kit, Stay Informed, Alternative Communications and Get-The-App

These five basic preparedness steps are based on the reality that,

"EveryOne is a First Responder" and "Preparedness Is Everyone's Responsibility."

Federal Disaster Response "We Can Do It Better"

Former FEMA Administrator Brock Long incontestably states that a "Bigger FEMA" fails in comparison when it comes to the efforts of citizenry pursuing the whole community concept and the Culturalization of Preparedness!

Every-One Is A First Responder

FirstLine and the NFPA are unparalleled by any previous public sector concepts struggling to sway the American people that preparedness is everyone's responsibility. If catastrophic events are in fact a constant and not a phenomenon then preparing for the worst, and refreshing strategies for community resiliency should also be a constant.

When disaster strikes, individual citizens are the absolute reality encompassing "First Response." Neighbors and friends are the first boots on the ground helping survivors.

Prepared Citizenry capable of assisting themselves and others in times of crisis is the true "Measuring Stick" for resiliency.

FirstLine is the here and now interface design for a preparedness messaging system!

FirstLine has endeavored to create a space within public-private partnerships that resonates a "First-Of-It's-Kind" preparedness messaging. A messaging system that is unparalleled by any previous private or public sector attempts to create urgency even popularity among our citizenry regarding their responsibility for preparedness. The advancements of bleeding edge technologies such as API integration for software and Augmented Reality app experiences are mission critical components delivering the here-and-now concept that "EveryOne Is A First Responder.".

“There is nothing in business today that provides as much economic and social benefit, on as many levels, to as many stakeholders, as a strategic public-private partnership between any combination of the nonprofit, for-profit, education and government sectors when focused on the greater good that;  nothing else even comes close!